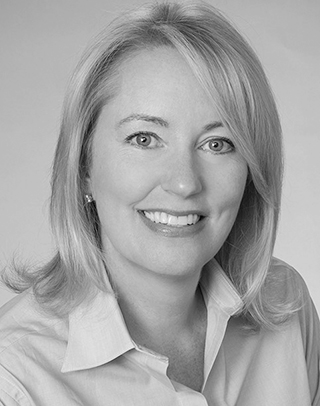 Marti Tirinnanzi is an expert in financial risk management and hedging strategies using derivatives and swaps contracts. She is skilled at helping market-users understand and navigate financial regulations related to Title VII of the Dodd-Frank Act. In financial reporting policy circles and in Washington, DC, she is credited for her work for better transparency for derivatives pricing and financial reporting. She serves on the Board of Director of ICE Mortgage Services, which is owned by Intercontinental Exchange, the parent company of the New York Stock Exchange. She also serves as a professor on  derivatives courses at Catholic University of America in Washington, DC.

Tirinnanzi has worked with the Congress, the Commodity Futures Trading Commission,  and other regulatory agencies and industry groups in addressing the problems of the financial crisis of 2008, chiefly counterparty risk and risk management strategies using derivatives contracts.

Since 2014, Tirinnanzi has broadened to focus on cryptocurrency and blockchain and has taught courses in cryptocurrency and blockchain to professionals in Chicago, New York, London and Washington DC.  She was recently invited to share her views on the cash and futures markets for Bitcoin to the Commodity Futures Trading Commission.  Speaking on Bitcoin, Tirinnanzi was a featured guest on the popular Apple Podcast “More than Money.”

During her impressive career, Tirinnanzi has worked in a variety of different positions from the senior vice president of a swap execution facility (SEF); to a policy director for America's Community Bankers (now the American Bankers Association); and as a review examiner to banking supervision and regulation with the Federal Reserve.

She was appointed chairman of the Clearinghouse Working Group of the Federal Housing Finance Agency and under her leadership was involved in the Fannie Mae and Freddie Mac transfer of $3 trillion in interest rate swap contracts, the largest derivatives portfolios used for hedging interest rate risk, to central clearing and settlement. She also served as a legislative advocate for the Agency in the development of the Dodd Frank Act’s Title VII on derivatives.

A self-described serial entrepreneur, Tirinnanzi adopts a pragmatic approach to business problem solving. During her career, she has experience in building successful start-up enterprises and has created new businesses within large companies. Her career experience includes hands on developing and directing a new deal capture and back office operation for national gas and electric commodity arbitrage programs.  She is a nationally acclaimed expert in financial instruments accounting and derivative contracts reporting under U.S. GAAP. Due to her familiarity with fair-value-based accounting standards, she has created the financial reporting compliance protocols for more than 100 highly leveraged public companies.

Tirinnanzi was recognized by Futures Magazine as one of the Top 25 Most Influential People of 2010. She earned her Master's degree from The Johns Hopkins University, and Bachelor's degree in liberal arts from the College of Notre Dame of Maryland. She is an active member of the National Association of Corporate Directors (NACD) and holds a Certificate of Director Education from the NACD Corporate Directors Institute. In addition, she was an adjunct professor of banking and finance at The Carey Business School of Johns Hopkins University.